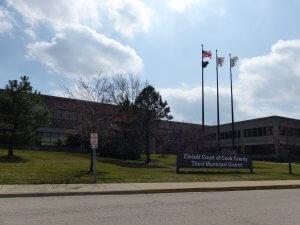 The most common types of drug offenses in Illinois are the following:

1) Drug Possession (720 Illinois Compiled Statutes 570/402): Illinois law bars you from knowingly possessing a controlled substance. The degree of the charges and the punishment depend on the type of drug and the amount. See our related blog post at It’s Just for Me: The Crime of Possession of a Controlled Substance in Illinois.

2) Drug Dealing (720 ILCS 570/401): Illinois law bars you from knowingly manufacturing, delivering or possessing with intent to deliver a controlled substance. The severity of the charges and the punishment also depend on the type of drug and the amount.These penalties are a step up from a charge of simple possession. See our related post at Just a Little Cocaine: The Crime of Drug Dealing in Illinois.

3) Criminal Drug Conspiracy (720 ILCS 570/405): If you deal, manufacture or possess drugs as part of a plan undertaken with two or more other people and you receive something of value, you can be charged with a Class X felony.

4) Special Drug Offenses: Your sentence can be increased, even doubled, if you sell to the wrong person such as a minor or pregnant woman, involve a minor in your dealing or sell in the wrong place such as on school or church grounds or near a rest area. (See ILCS 750/407 and 720 ILCS750/408. Also see our related blog post at: From Bad to Worse: Aggravating Factors for Drug Dealing Crimes in Illinois.

If you have been arrested for possessing a controlled substance or dealing or manufacturing drugs in Illinois, contact an attorney immediately. Among other issues, I can examine whether the arresting officer had probable cause to stop you before the drugs were found. In some cases, there may be a question regarding who really had possession or control of the drugs. Perhaps you were simply an unwitting passenger in a car. If so, the police may not be able to prove that you had control of the car or knew about the drugs.