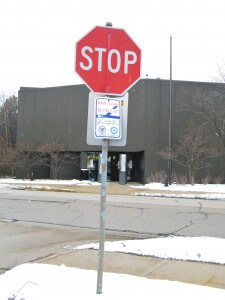 In the last ten years, the penalties for driving under the influence of alcohol or drugs have become increasingly severe. Additionally, recent changes in the law make it harder for drivers to obtain a restricted right to drive after a DUI arrest. Even worse, many first-time offenders are being charged with a much more severe felony instead of a misdemeanor, sometimes for simply having failed to renew an otherwise valid license.

As your attorney, I will carefully examine the facts of your case to make sure that law enforcement has followed proper procedures. When a client is arrested for DUI, I examine a variety of factors:

•Did probable cause exist for the stop?
•Who saw the defendant driving the car?
•What field sobriety tests were performed?
•Were there any breathalyzer, lab or blood tests?
•Were these tests properly performed?
•What were the results and how accurate are they?

While the courts often find breathalyzer and blood evidence very convincing, there are literally dozens of issues that can taint these results. Are you significantly overweight or over the age of 70? Had you just worked a twelve-hour shift? Do you have knee trouble?

Besides alcohol-related arrests, more people are finding themselves charged with DUI after taking their otherwise legal prescription medications. Often, the driver was not even aware that the medication was putting them at risk for this offense. I have at times helped clients get this type of charge dismissed.

Be aware that while the laws on marijuana have liberalized, driving while under the influence of marijuana is still a crime. Police departments throughout the state are experimenting with the best way of determining whether a driver is legally impaired.

If you are charged with DUI or a similar offense, consult an attorney immediately. The state automatically suspends your driver’s license on the 46th day after your arrest. In some cases, prompt action can help overturn this suspension.

If there was no probable cause for the stop, I can petition the court to suppress the evidence from the stop. Even if the stop was lawful, the state must prove all the elements of the DUI–that you were driving and impaired–beyond a reasonable doubt. Did anyone see you driving? If so, did your driving shows signs of impairment? If you took field sobriety tests, did you ace them?

Even if the police stop is lawful and the evidence against you is overwhelming, an experienced attorney who is respected in the courthouse may help you negotiate a more favorable plea agreement than you could on your own. If you do wish to enter a plea, you must obtain a court-required alcohol evaluation. I can help prepare you for that interview in hopes of obtaining the best possible results.